Audited inventories as at December 31st, 2021

Audited inventories as at December 31st, 2021

INFORMATION TO THE MARKET

According to Fundecitrus latest February 10th 2022 crop announcement up-date, the São Paulo and Minas Gerais Triangle production in the 2021/22 season is estimated at 264,140,000 boxes of oranges 40.8 Kg.

Based on the data mentioned above, we estimate that the total consumption of oranges in the domestic and export fresh markets is about 40,000,000 boxes.

The survey also estimated that the average juice yield on fruit for the entire São Paulo Industry in the 2021/22 season will be about 273 boxes of 40.8 kg per metric ton of FCOJ Equivalent produced, of which 272.27 boxes per ton for CitrusBR members and 281.47 boxes per ton for non-members.

The graph below contains total industry historical juice yield of fruit of CitrusBR´s members and non-members: 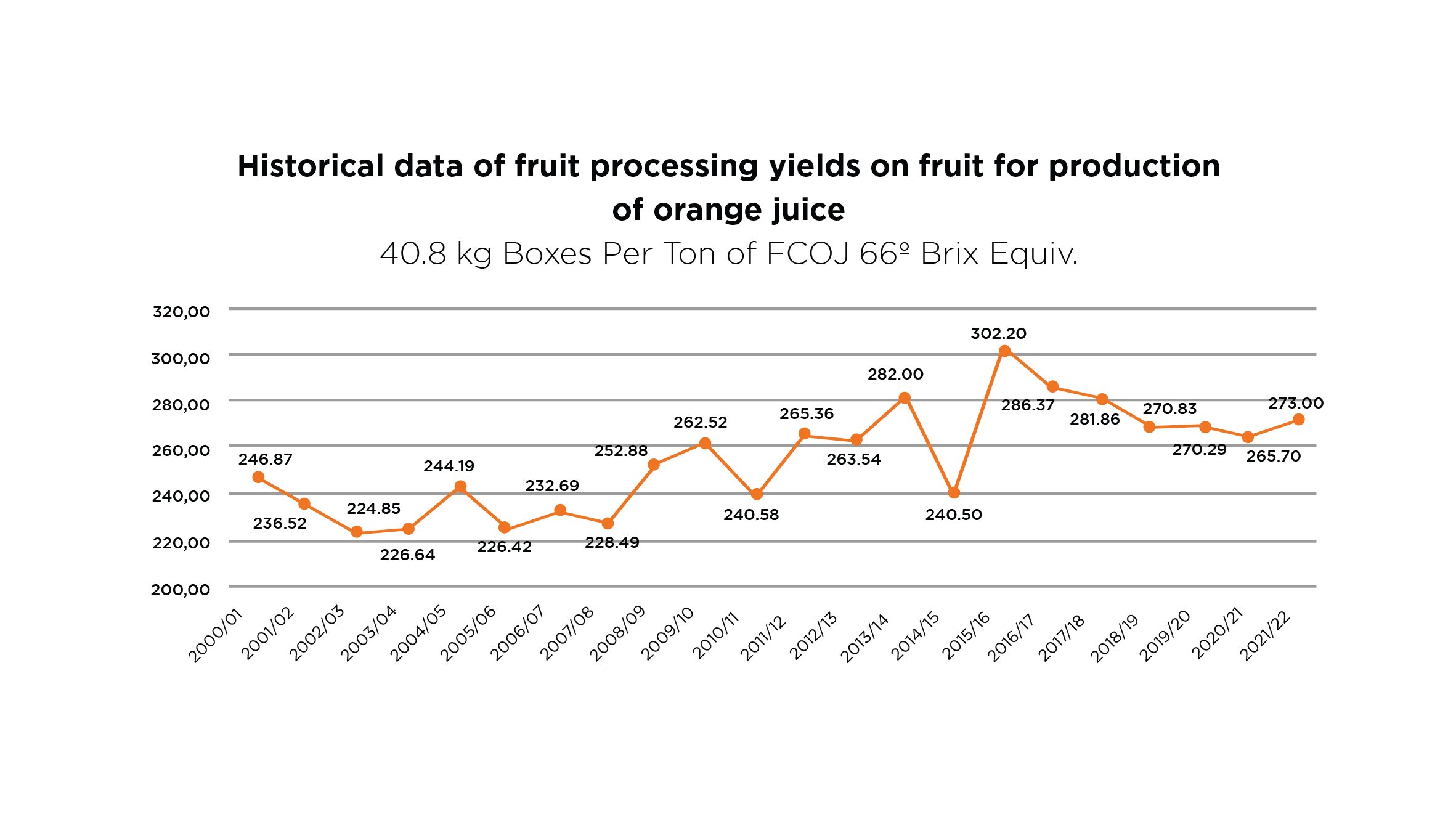 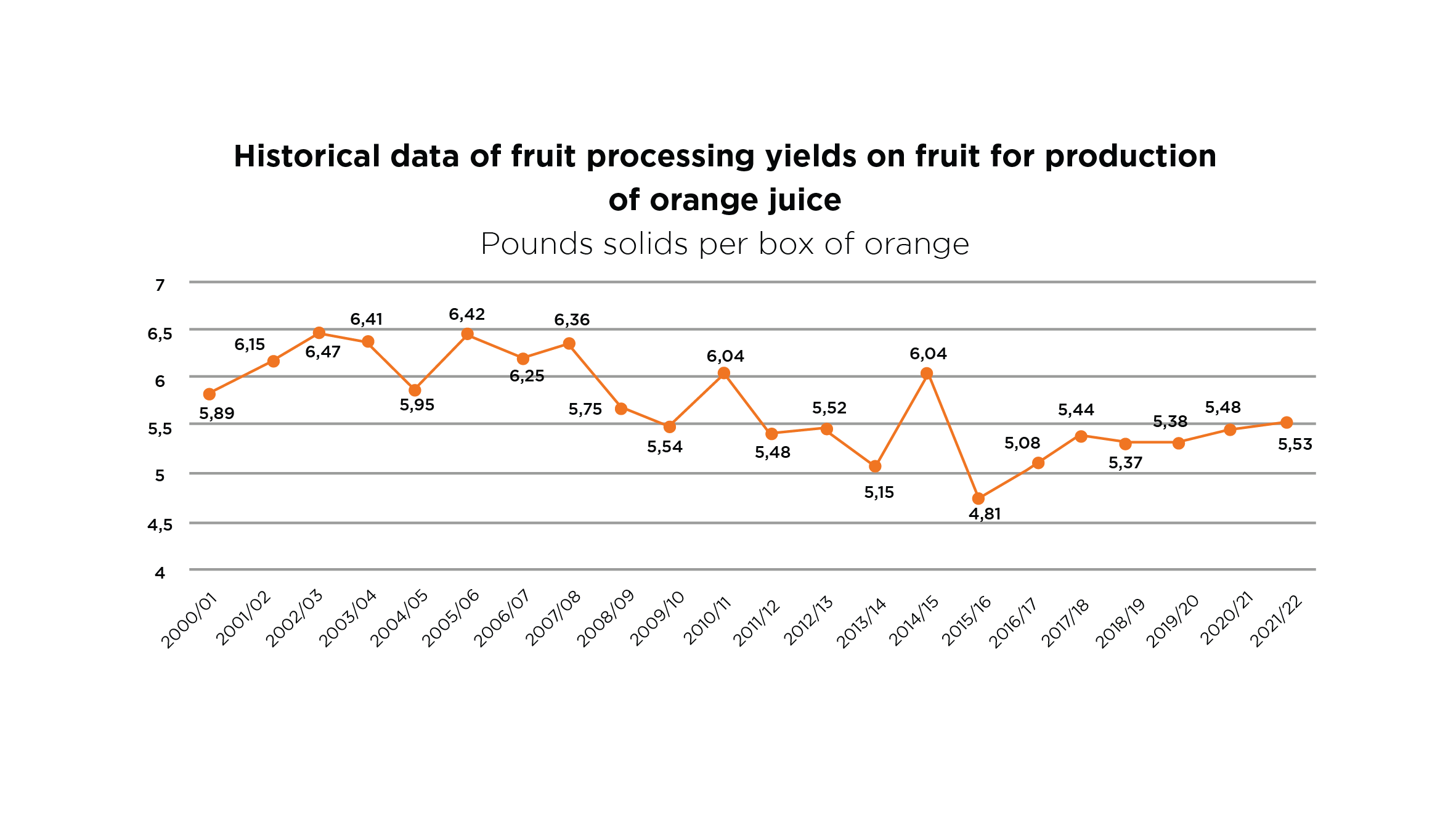 A survey conducted by independent auditing firms with each of CitrusBR members and consolidated by external independent auditing firm also found that global inventories of Brazilian orange juice, converted into FCOJ Equivalent 66° Brix on hands of CitrusBR´s members on December 31st 2021 amounted to 509,010 tons which represents a 25% decrease from the 678,967 tons found on December 31st 2020. 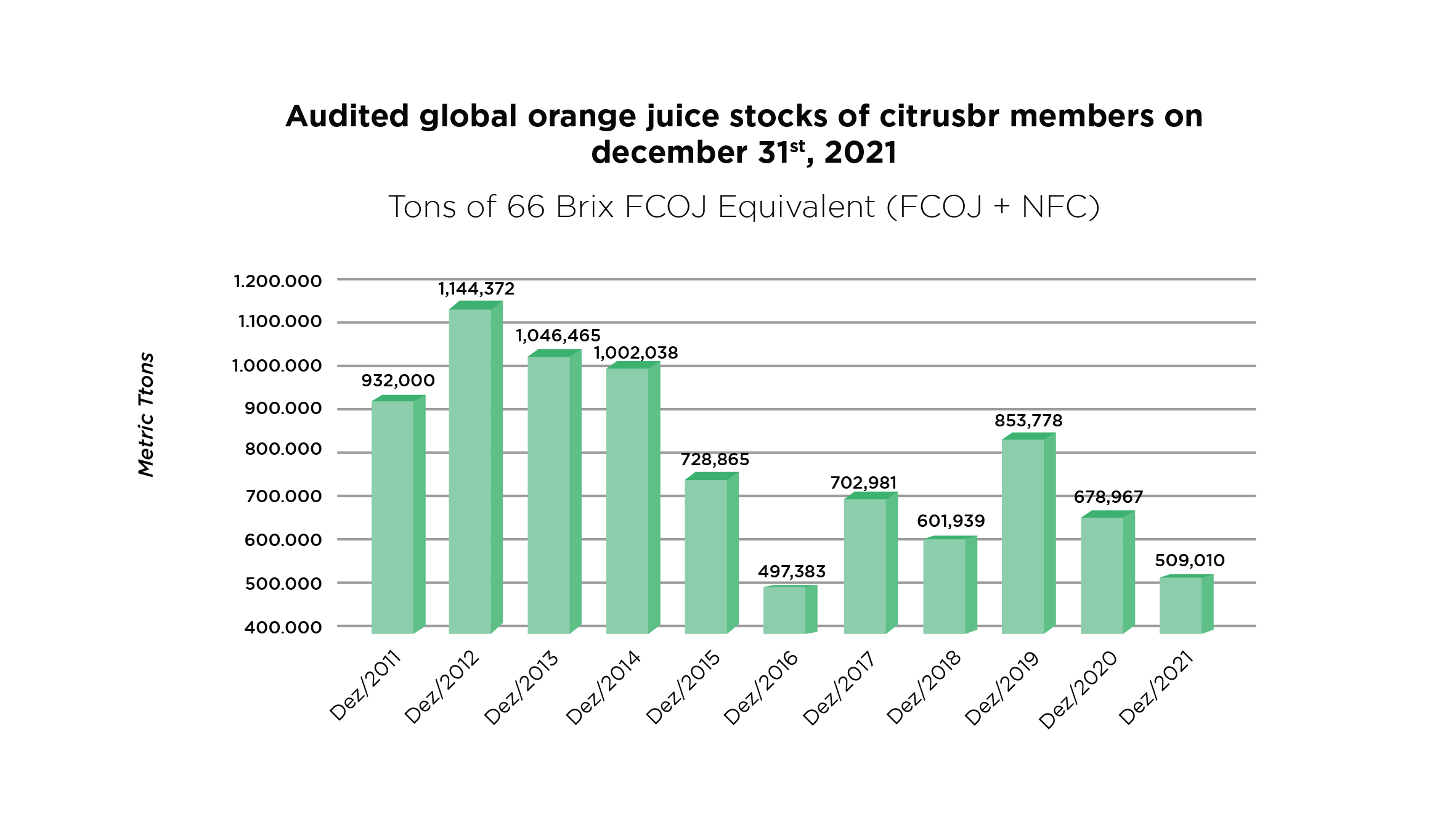 The compilation also found that on June 30th, 2022, inventories are estimated to be at around 126,574 FCOJ Equivalent to 66  Brix, and it could vary between 115.000 tons to 135.000 tons. CitrusBR recalls that the climatic effects widely publicized throughout the 2021/22 crop, such as prolonged drought and frost, affected the development and maturation process of the fruits, impacting the acidity levels of the juice produced. Due to the estimated amounts of stocks and the consequences of climatic events, CitrusBR informs that the volume of juice will not be sufficient to guarantee supply to the global market until 2022/23 harvest becomes available 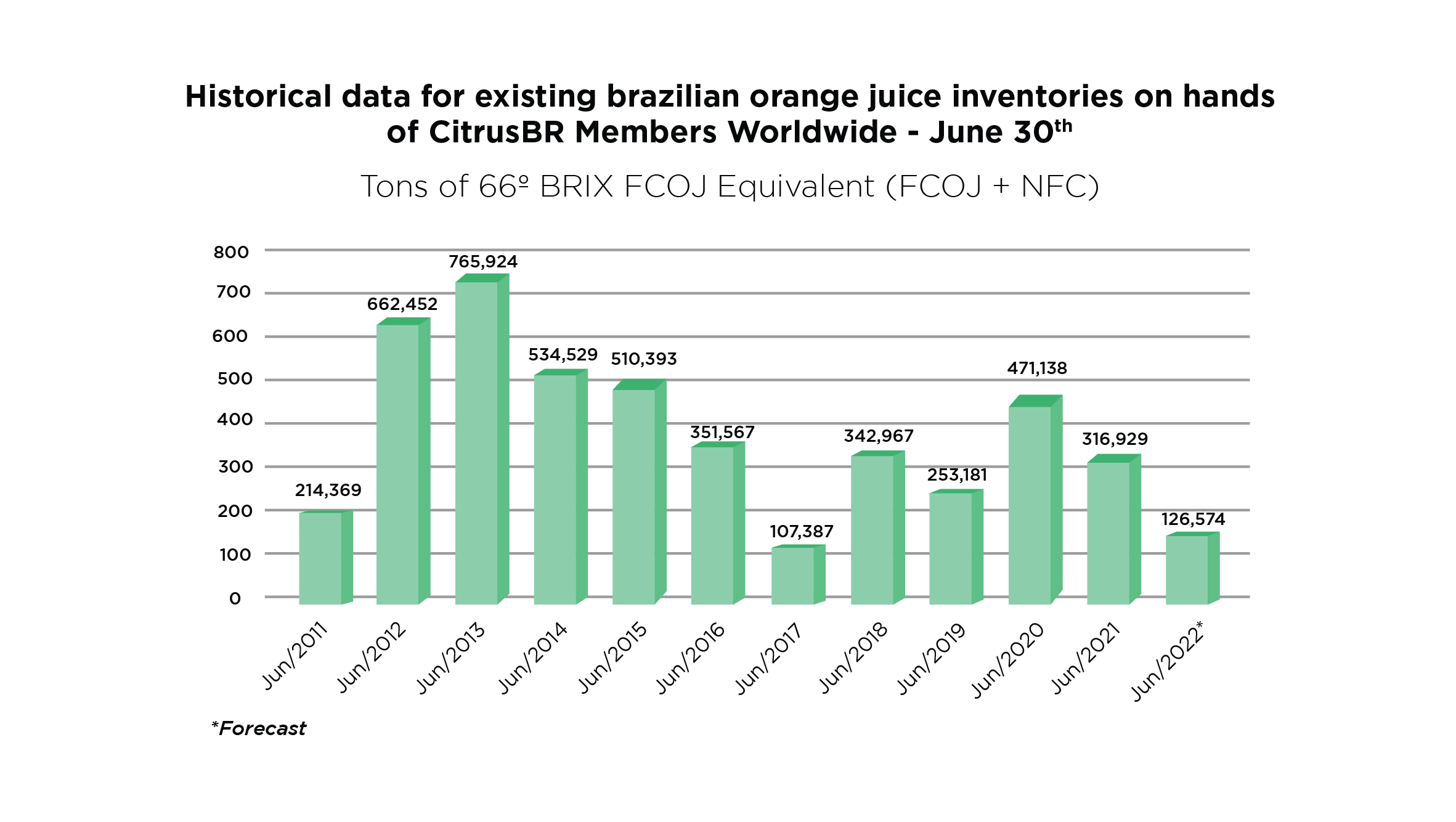