1. TOTAL ORANGE PRODUCTION AND PROCESSING IN THE CITRUS BELT OF SÃO PAULO & TRIÂNGULO MINEIRO IN THE 2020/21 SEASON:

According to Fundecitrus crop announcement up-date of April 12th, the production of São Paulo & Triângulo Mineiro Citrus Belt in the 2020/21 season was estimated at 268.63 million boxes of oranges of 40.8 Kg.
The estimated total orange processing for the 2020/21 season was 222,528,950 boxes of which 204,395,616 were processed by CitrusBR members and 18,133,333 by non-members. In comparison to the previous estimative of February 2021 there is an increment of approximately 6,887,626 boxes in the total orange processing.
Based on the above-mentioned data we estimate that total consumption of oranges in the domestic and export fresh markets was of 46 million boxes of 40.8 kgs.

The survey also estimated that the average juice yield on fruit for the entire São Paulo industry in the 2020/21 season was 265.7 boxes of 40.8 kg per metric ton of FCOJ Equivalent produced, whereas 265 boxes per ton for CitrusBR members and 273.8 boxes per ton for non-members. 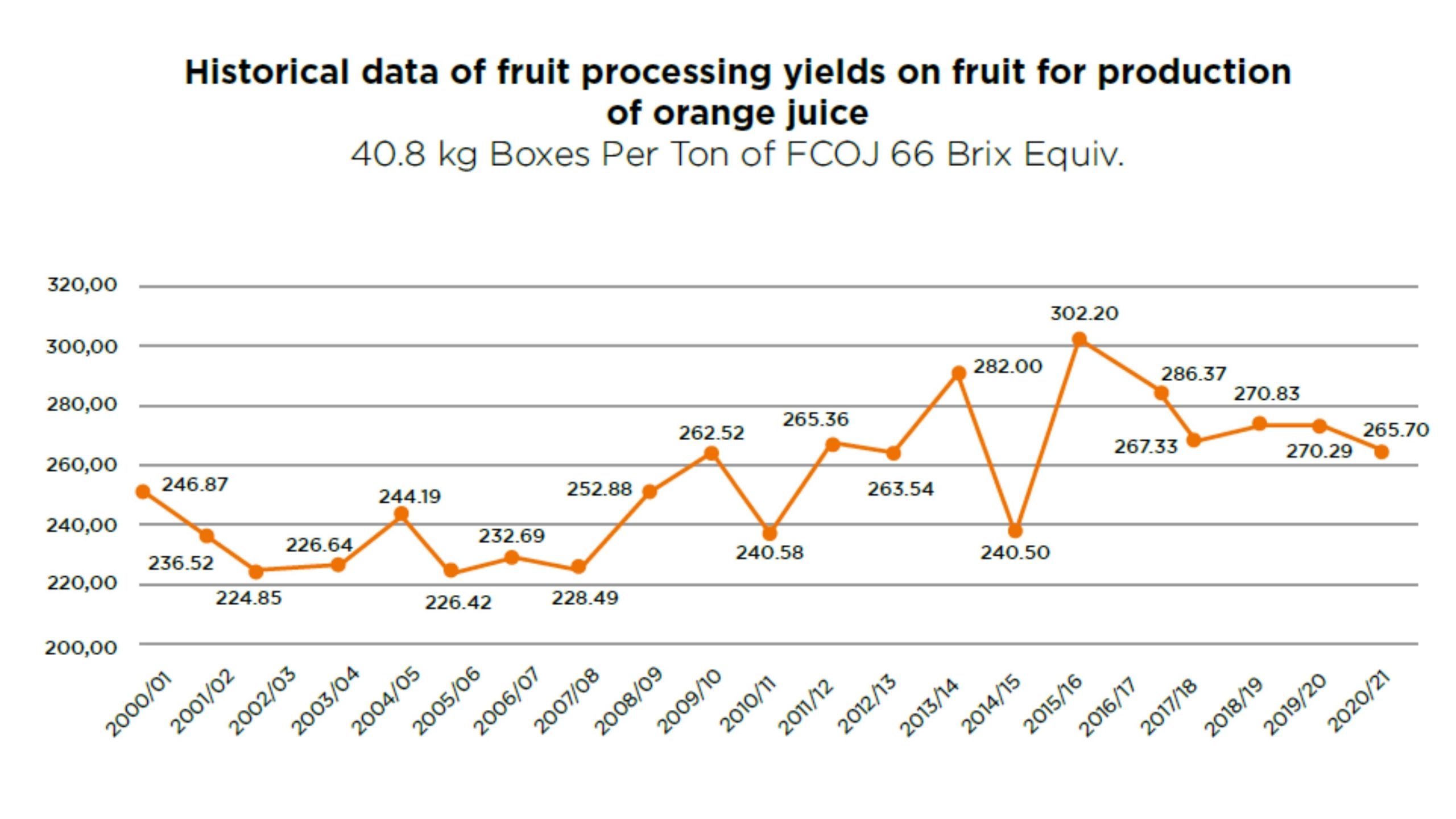 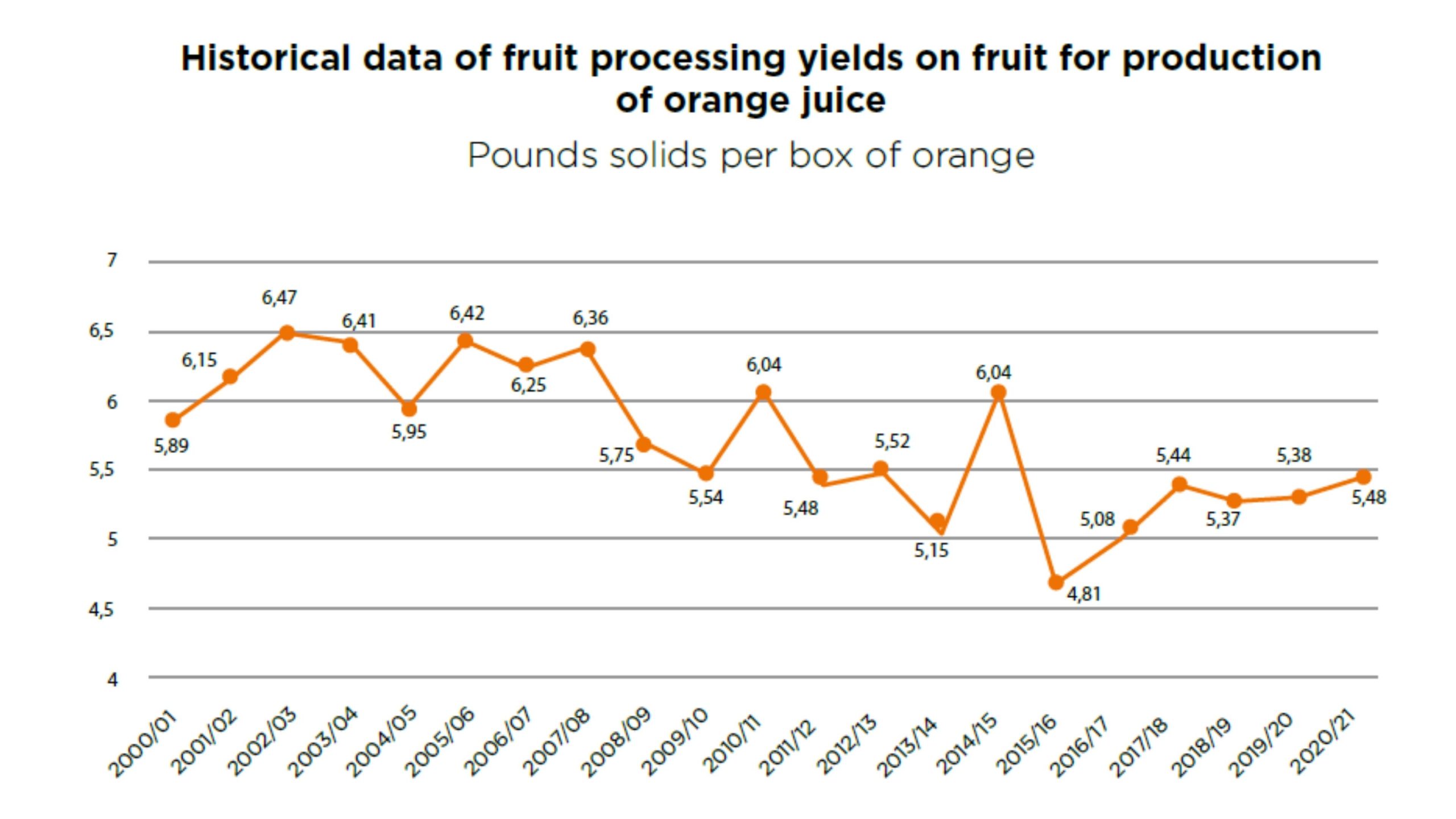 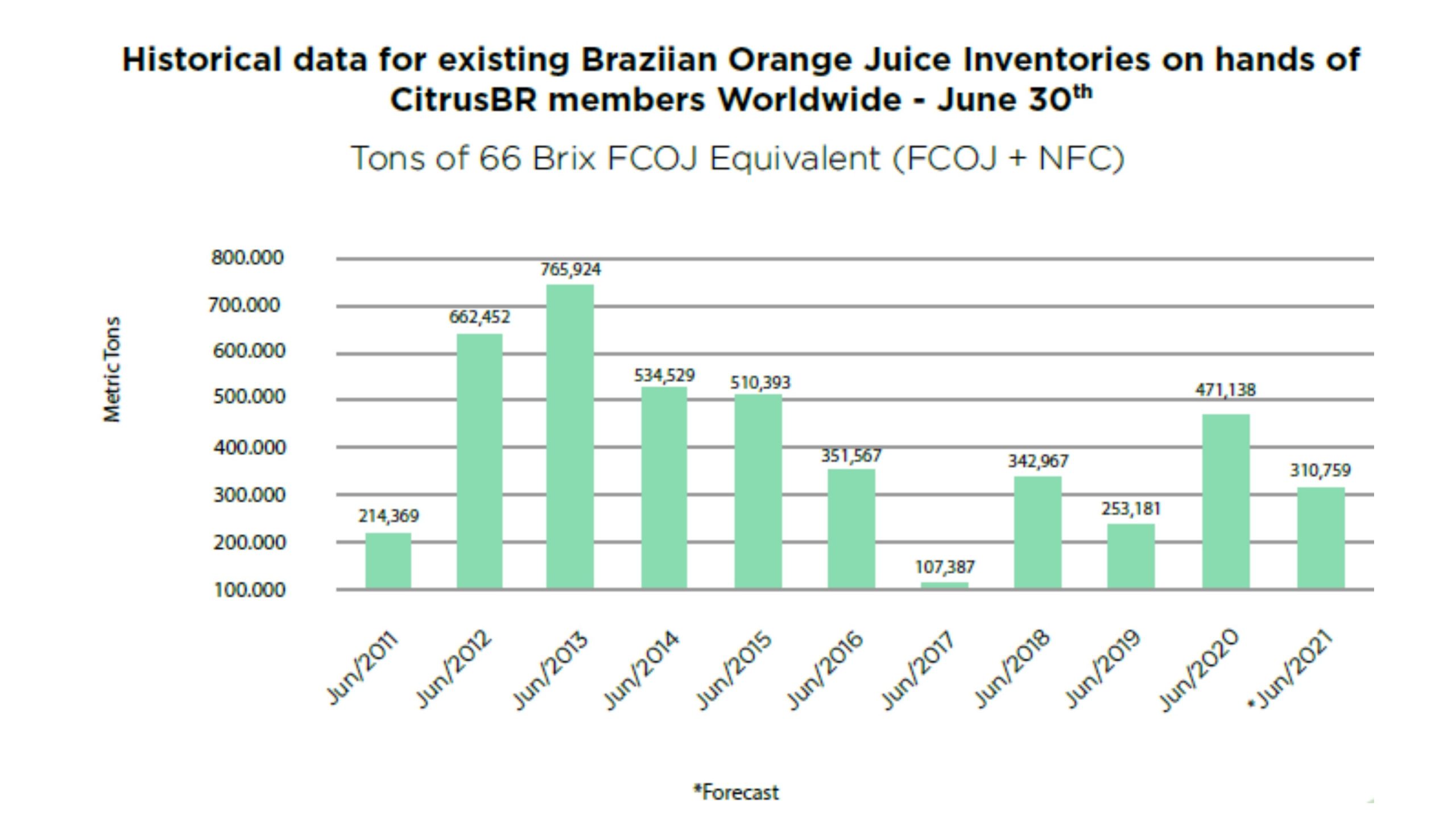 The table below shows some assumptions for the 2021/22 season, which will be confirmed in a new statement in August 2021: 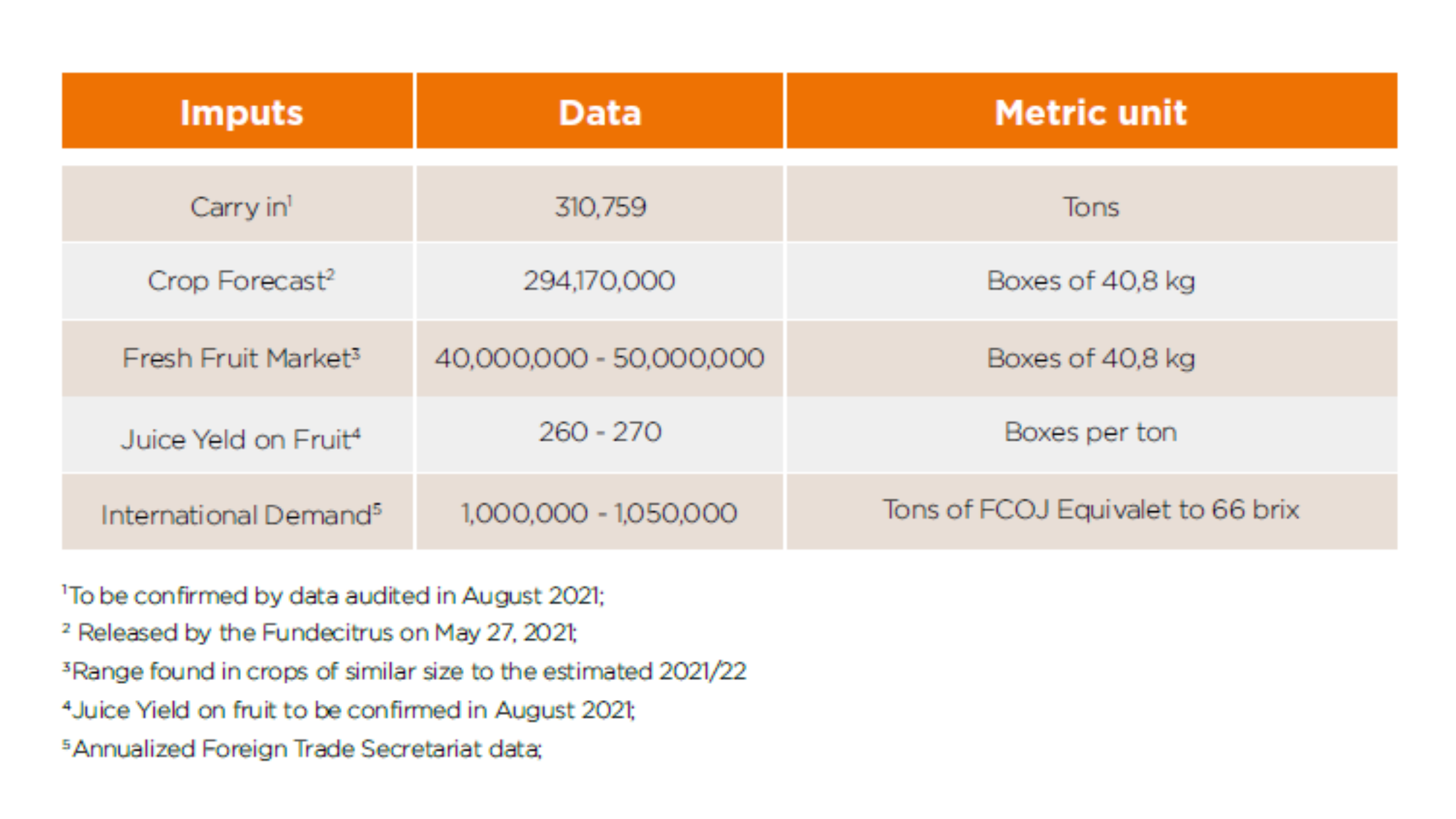 Based on the above variables, which assume similar assumptions to previous seasons, it is already possible to assume that the orange juice inventories in the hands of CitrusBR members will be lower in June 30, 2022, in comparison to projected for June 30, 2021, and close to the so-called technical operating limit.